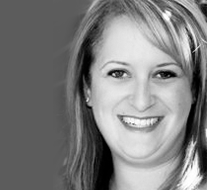 Erika Schuetze, based in the Central Coast of California, leads client accounts to meet and exceed goals. With more than a decade of experience, Erika is a skilled connector and relationship builder. She loves stories and enjoys connecting people who can mutually benefit each other. Whether she’s connecting an executive with a journalist, two like-minded entrepreneurs, or collaborating with industry peers, Erika is known for bringing people together and “making things happen.”

From internal and external communications strategies, to executive visibility, to thought leadership, to social media strategy, to digital marketing, Erika can help you take your program up a notch. In fact, she’s best known for being media savvy, as evidenced by her long list of coverage results in publications such as Wall Street Journal, Newsweek, Inc. Magazine, Bloomberg Businessweek, Dow Jones, BNET (CBS Interactive), American Way Magazine, Consumers Digest, InformationWeek and many vertical publications.